US Open Tennis on Sky Sports 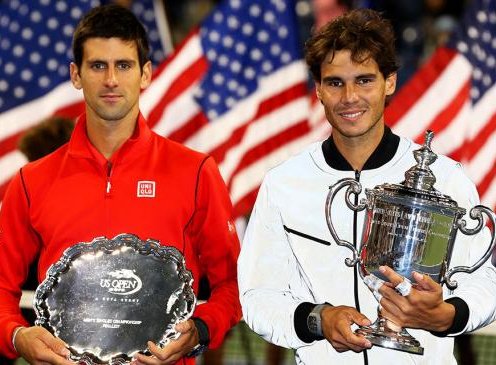 Live screening of tennis action from both the ATP World Tour and The US Open will continue on Sky’s premiere sports subscription channels.

The digital TV, broadband and home phone provider announced this after penning a new deal with the top-tier international tennis competitions.

The two new deals will grant Sky Sports subscribers viewing rights of the ATP World Tour for the next half a decade and three additional years for the US Open.

Subscribers will be able to witness Andy Murray’s defence of his US Open title this coming August. Sky says the two new agreements mean its sports channels will show more live tennis than any other broadcaster in Ireland.

Sky’s Managing Director, Mr Barney Francis, while commenting on these new signings, said their viewers will witness “the biggest names in tennis” live.

He also added that such deals, during this rights renewal period, put to light the broadcaster’s unmatched rights record that spreads over the six channels. He said that over the last year alone, 20 such deals had been signed.

“With The British & Irish Lions Tour, back-to-back Ashes Series, the ICC Champions Trophy, every race live in the F1 season, Super League, US Open & US PGA Golf, Andy Murray defending his US Open title and of course our biggest ever season of football, there has never been a better time to be a Sky Sports viewer.”

US OPEN TITLE ON SKY SPORTS