TENNIS.com picks for the Australian Open 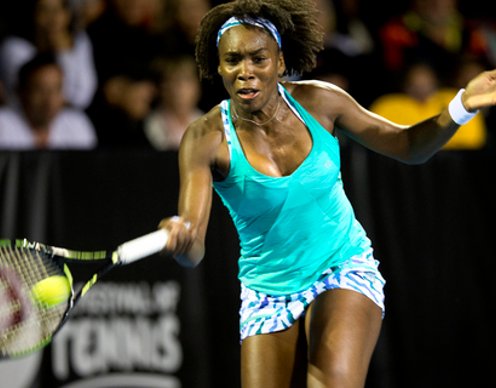 No offense to Roger Federer, but what a quarterfinal lineup at the Australian Open these next two days. We have seven of the top eight players in the world still alive, the only casualty being Federer who just had one of those “senior days” in his loss to Seppi – there will be more of those ahead. The Swiss’s spot goes to the electric 19-year-old Nick Kyrgios who will have to face Andy Murray tonight.

Up first though is former champ Rafael Nadal against Tomas Berdych. So to my picks…

Rafael Nadal v Tomas Berdych
Yeah, yeah. Tomas Berdych has never played this good. He hasn’t dropped a set. Hasn’t missed a ball. He looks great. Says he’s playing better now than when he reached the Wimbledon final (where he lost to Rafa). He has a new team. Newly engaged.

Whatever. I’m not buying in. Sorry, Tomas: You have lost 17 STRAIGHT matches to Nadal. So I don’t care if you come out in a superman cape and a machine gun, I can’t pick you to take out Rafa. Not until you actually do it. That simple.

Yes, Berdych has a great game that matches up well with Rafa – big power, decent backhand, hits flat. Though movement is an issue. But the biggest problem is between the ears. And I just don’t think he has the mettle nor the belief to pull off the big win. Something will go wrong. The wind might whip up. He’ll miss a volley or he’ll get a bad line call. Just something.

That said, Nadal, though, definitely has some issues with confidence. But he also seems to be working them out nicely. Since that Tim Smyczek escape, his stomach bug has vanished and he just whipped a big man Berdych-clone in Kevin Anderson, so that should make him feel a lot better. And it’s week two, so…

Tennis fans warm up for huge fortnight at the Australian Open