Liga the Prince of Tennis

Novak Djokovic continues to take risks on and off the court May 30, 2015 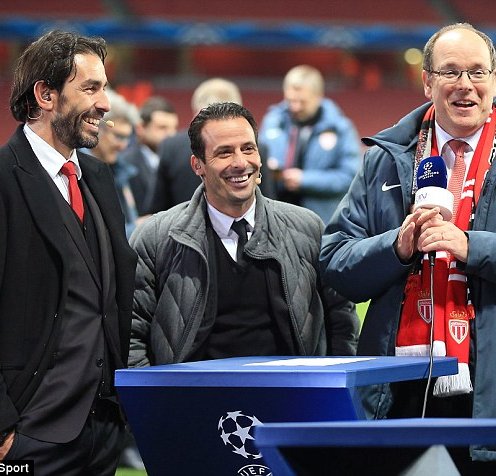 In truth, "Djokovic the Daredevil" would be a more appropriate pet name for the Serbian who has set few limits on what he is willing to try. Apparently none of his endorsement contracts come with clauses that demand he restrict himself to activities that don't threaten life or limb.

He has swam with turtles and dolphins, skied down indoor slopes, taken flight in simulators and danced acrobatically with a "Dancing with the Stars" celebrity and belly dancer and to the pop hit "Gangnam Style" with a court full of ball kids.

This week, while in Dubai to defend his Dubai Duty Free Tennis Championships title, Djokovic, along with his brother Marko and coach Boris Becker, was invited by Dubai's Crown Prince HH Sheikh Hamdan bin Mohammed bin Rashid Al Maktoum to the prince's private indoor wind tunnel for a simulated skydiving experience. The wind tunnel is powered by four massive turbine engines and can reach top speeds close to 200 mph.

And the flying Djokovic claims to suffer from acrophobia.

"I think they say, 'He seems to be of an adventurous spirit, '" said Djokovic when asked why he seems to be the player usually picked to do danger detail. "When they suggested it to me - well, I'm not very comfortable with heights, in general. So when they said skydiving, but then they said indoors in a tunnel, I said fine."

Djokovic reported that while he wasn't really flinging himself out of a plane in midair, there were pitfalls to his latest exploit.

"It's a lot of fun, and let me tell you, it's not easy, " Djokovic said. "If you don't have the right technique, you can hit your head in the mirror and god knows what happens.

"Boris was like a fish out of water, " he added, laughing. "He was not very comfortable in there. For some reason he was sinking all the time, going down more than he was staying up, but you can understand that. For us lighter guys, like me and my brother, it was easier to stay up in the air."

As for actually skydiving, Djokovic says "ne", Serbian for "no."

"Jumping from a plane, well, I still have a family to form and I have to save my life - not risk my life, " he said, laughing, to a small group of media last Sunday before the Dubai tournament started. "I'm a little more careful than that."

The Prince of Tennis 036

The Prince of Tennis - Episódio 26

The Prince of Tennis