Why do so many high ranked tennis players live in Monte Carlo? August 22, 2014 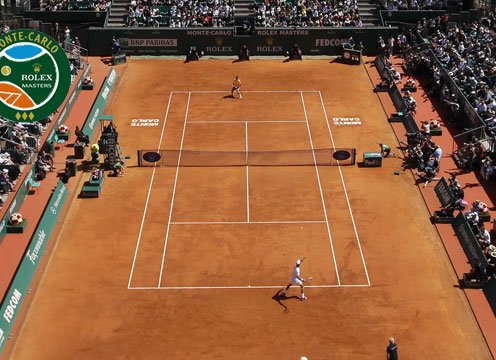 Monaco levies no income tax on individuals. The lack of personal income tax in the country attracts a lot of wealthy residents of European countries who earn the majority of their income from their activity outside Monaco.Tennis players, Golfers, Cyclists, Formula One Drivers, Footballers (AS Monaco players, plays in French Ligue 1) and pros from other countries with high taxation make it their official residence to save on tax and also for the popular appeal of living and the lifestyle in Monaco.
The tennis players are technically REGISTERED to live in Monaco, as the tennis players are usually on tour all year round and back at their real homes with their families in the off-season.
Though the income tax is low, Considering its small size 2.02 sqkm(Wiki) Monaco in 2012 had the world's most expensive real estate market, at $58, 300 per sqmetre. (Wiki)
Apparently the pros feel that it is better to invest their earnings into an apartment that costs $10+M and save in taxes, than to pay taxes in their countries and invest those ~$10M somewhere else.