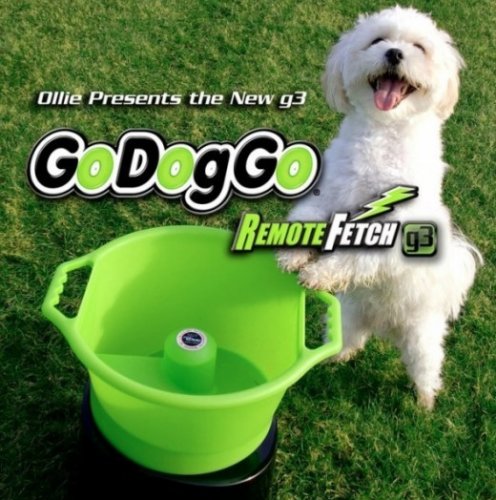 Several years ago I watched a viral YouTube video that starred Jerry the Dachshund, whose engineer owner had built him his very own automated ball launcher. I had two dogs at the time, and was also unemployed with some time on my hands, so I decided to try my hand at building one.

After a few days rummaging through some junk boxes, I hacked together a slingshot-style automatic ball launcher that actually worked! It was pretty busy with parts though, and nearly 5 feet long. I wanted to go simpler.

Then on Discovery Channel’s Prototype This I saw a small spring mechanism that I just “knew” would work in larger form for my launcher. It was based on a gearmotor that rotated an offset peg on a wheel. The peg pushed a whacker rod around the wheel and against a spring, until it reached a point where the rod could spring back freely the other way, whacking the ball. I had to build it, and build it I did. Now you can too.

The Fetch-O-Matic ball launcher is the third and best version yet of this configuration. It will launch a tennis ball through the air about 25 feet with enough velocity to bounce and roll on for another 20–30 feet. It runs on 12–18 volts DC, so cordless drill batteries are an ideal rechargeable power source.