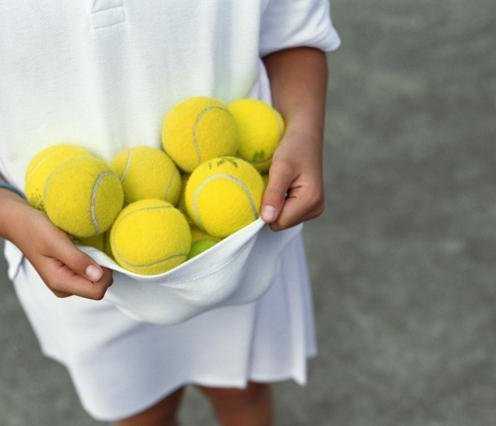 Pinner was a game we played whenever we had the time and a tennis ball. Usually in a school yard or if we could find a building that had a little ledge somewhere between knee and waist high. If we couldn't find any ledge, then a cement step would do. We would have two players on each side. Sometimes three. Baseball rules applied.

We would chalk off an area, from the building outwards to the street; the batter would throw the tennis ball at the ledge, trying to hit it on the edge of the ledge. The ball would fly out, towards the street, the fielder would catch it. One out, three outs and the opposing team was up to bat.

Now if the ball hit the sidewalk 12 feet away from the building, it was an automatic out. At about 18 feet away, if the fielder caught the ball on a fly it was an out. If the ball bounced in that 18 foot area it was a single. At 24 feet it was a double, at 30 a triple, and over 35 a homer. Only if the ball wasn't caught. Any ball caught on a fly was an out.S core was kept. Nine innings were played. There was always a team standing by to play the winners.

The days when no chalk was available we simply pointed out cracks in the sidewalk or street or drew lines in the gravel at the school yard.

Using the tennis ball, we played fast pitch; a broomstick with tape on the handle was used for the bat. I think our generation invented fast pitch. Today in fast pitch they use baseball gloves and regulation bats.

Hand Ball was a game we played on the sidewalk using two sidewalk squares. We stood outside the lines and using our hand like a paddle we hit the ball over the line into the other square and your opponent would return it in like manner. Ping pong rules applied

How to fix and warm up your golf game with a tennis ball ...

Tennis warm up game for little kids - Snowballs! - with ...