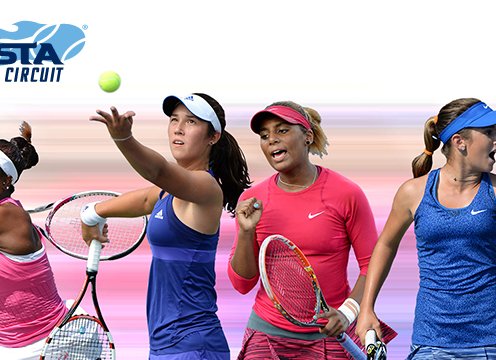 A World-Class tennis tournament featuring One-on-One Doubles, known as the third game of tennis, endorsed by the USTA will take place at Buckhorn Springs Tennis and Swim Club in Valrico on Saturday, November 1. The $4, 000 Pro Tournament and a rockin’ blues concert will start at 1 p.m. and the Live Rockin’ Blues concert at 3 p.m.

This event is unique to the tennis Industry as both a Pro Tennis Tournament and live concert take place at the same time to create a fan-friendly, party atmosphere.

One-on-One Doubles is the half-court serve and volley singles game played on the doubles court. All points are played crosscourt with the alley included. The game’s rules enforce the serve-and-volley or there is an immediate loss of point.

Admission fee is $5 for the tennis tournament, $7 for the concert or $10 for both. A portion of the event’s proceeds benefit ALS (Lou Gehrig’s Disease). Food and beverages, including beer, will be available for purchase.