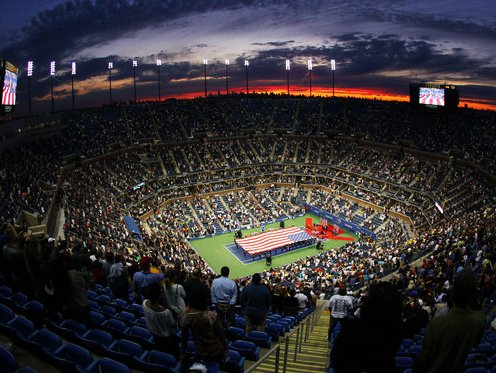 The U.S. Open 2013 is just days away from setting off in Queens. Before we can bring you a player schedule with matches, draws have to take place. When will we have a finalized bracket with seedings? We have all the info you need to know regarding the Men's and Women's Singles draw date, which will dictate who faces who in the last grand slam tournament of the year.

The date is set for Thursday-Aug. 22. Both Men and Women Singles bracket will be organized in the morning with last year's champions picking out the top seeds in the bracket. The 2012 winners were Andy Murray, who is on a hell of a grand slam streak, and Serena Williams, who was hands down the most dominant Women's Singles player in tennis last year. Murray will have the honor of choosing the Women's Singles seeded players, while Williams will pick out the order for the Men's Singles bracket.

US Open Tennis 2013: Is Serena Williams Unstoppable in Run ...