My Images From the US Open Tennis Championships May 30, 2015 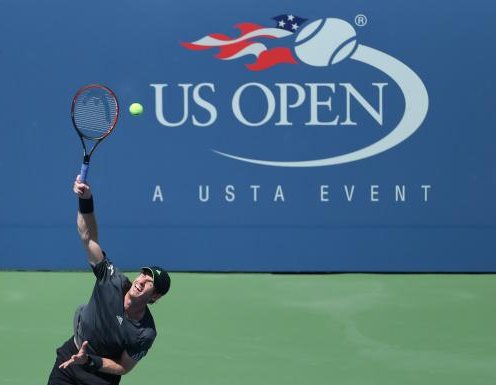 I just released a post over at Exposure.co (the photo story-telling site) with the story of my first time ever shooting a pro tennis tournament, and in this case it was Day One of the US Open Tennis Championships in Flushing Meadows, New York (these shots were taken last Monday).

I was only able to shoot starting at the 11:00 am matches and then I had to leave by 3:30 pm to catch my flight to St. Louis for my seminar there (which was awesome! Shout out to all the folks in St. Louis who came out and in Kansas City two days later. Awesome crowds — super nice people!).

Research Beforehand Really Paid Off!
I did a LOT of research before this shoot, and while I think I did “OK” for my first time out, I have a long way to go to get to where I’d like to be. The only reason I even did “OK” was this research beforehand, plus I got help from three sources:

(1) Dave Black. I called him and he had all sorts of little tips about the bigger picture of shooting tennis. The guy’s just amazing. He’s shot everything! (including the US Open).

(2) Right when I walked in to the photo workroom at The Open, I ran right into Elsa Garrison from Getty Images (our guest on “The Grid” just a few weeks ago). She gave me some great, very specific tips for shooting at that venue. And…

(3) I read an awesome book called by Chris Nicholson and it was incredibly insightful. He really did a great job of explaining so many things I had questions about. I really got a lot out of it.

I’ll be back…
I’m going back to New York one week from tonight to shoot the US Open Finals and I just can’t wait. It’s great to have a “second chance” to shoot any event, and even though I’m sure there will be 10x as many photographers, and that will make it that much more challenging — I don’t care — I’m thrilled to have that 2nd chance, and the opportunity to photograph the world’s best players.

Of course, before then I have the Bucs vs. Panther’s NFL regular season home opener and I’m off today for Photoshop World in Vegas. No rest for the weary! (hahaha — don’t worry — I’m lovin’ it!).

Lots to share from Photoshop World this week — Brad will be shooting, and posting lots of pics from the Vegas show. Hope to meet a whole bunch of you there in person, and thanks for letting me share my first Tennis shoot with you here today. I absolutely had a blast, learned a lot, and can’t wait to shoot it again!