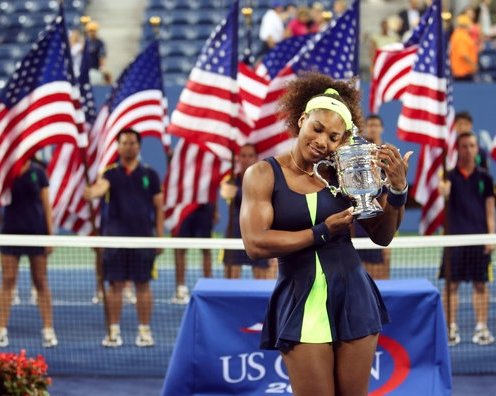 The U.S. Open is over but the scorekeeping continues. As the last slam of the season, the Open sets the scene for next year and beyond. With their shocking semifinal upsets. Marin Cilic and Kei Nishikori won a pile of money, and even more respect. Will the 2014 U.S. Open be a career highlight, or a launching pad to bigger and better things? And beyond the surprise finalists, the U.S. Open was great for some, and not so great for others. Let’s check out the big winners and the bigger losers from the biggest two weeks in American tennis.

The men’s final was historic, not just because it pitted two double digit seeds against each other. When Sampras won as a 12th seed in 1990, he was a 19-year-old and clearly the game’s It Boy. But until this weekend Cilic and Nishikori seemed like journeymen who had found their spot in the middle of pecking order.

But if Marin Cilic and Stan Wawrinka (who took the Australian Open) can win a slam, well why not, say, Richard Gasquet? Gael Monfils? Jo Wilfred Tsonga? David Ferrer? Tomas Berdych? I wouldn’t be surprised if Andy Roddick is considering coming out of retirement.

Although no one wanted to say it, Serena had more on the line than anyone. As in the season’s three earlier slams, she was the top seed. But instead of making an early exit, Serena dominated at Flushing Meadows like she has so often throughout her career, and secured a place in history. She’ll be 33 years old soon, but I think that slam #19 will come more quickly and easily than #18 did.

2013 US Open - Berlocq Winner Against Federer