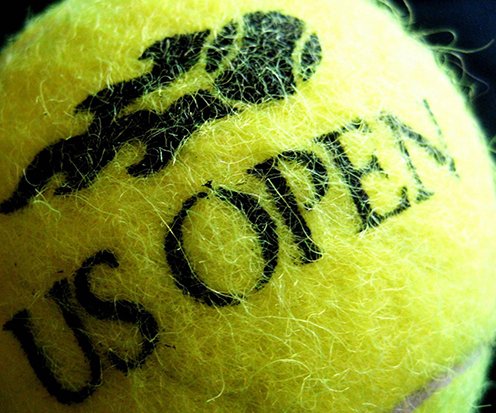 Maria Sharapova has been coming to New York since she was a young teenager first contesting the juniors and then later worked her way up ladder as a pro, eventually winning the US Open title in 2006.

But in her sole junior appearance in 2001 as a 14-year-old, she didn’t last more than few days, falling to Estonia’s Kaia Kanepi (who currently holds a WTA ranking of No. 15) in the second round.

She was a wafer thin girl back then, still loud and talented, but extremely raw. She had only been living in the United States for six years then, so the towering metropolis that surrounded her when she rode the bus out to Queens was a little intimidating.

“When I came to New York I always thought this would be the toughest to win, ” she said. “It’s energy is amazing, but in the beginning it’s certainly overwhelming. But my experience has helped me a lot, because from feeling like I was very small in a very huge city with so much energy, I really embraced it over the years. I came into New York and I absolutely love it with all its craziness and the fans and the late night matches. You get used to it.”

On Arthur Ashe stadium during the opening round Sharapova took down Melina Czink 6-2, 6-2. It was the 25-year-old’s 25th victory at the tournament where she has had remarkable success, like when she bested No. 2 Amelie Mauresmo and No. 1 Justine Henin for the 2006 title. She has experienced serious heartache here, like in 2005 when she lost an extremely close three setter to eventual champion Kim Clijsters in the semis, which brought her to tears.

She was shocked by a teenage Agnieszka Radwanska in gale force winds in 2007 and then the next year, unhappily dragged herself to New York to meet some commercial obligations even though she had been forced to pull out of the tournament due to a severe should injury, for which she would undergo surgery for a month later.

Her US Open return in 2009 wasn’t satisfying when US teenager Melanie Oudin took her down in the third round. She sprayed errors all over the court in a defeat to Caroline Wozniacki in 2010 and the Flavia Pennetta ran her into the ground in three sets in 2011.

She has managed to reach the final of every other Grand Slam since her shoulder surgery and even won Roland Garros three months ago. The No. 3 seed in New York, she is certainly due to reach the second week again.

From Manhattan Beach to Manhattan New York For The US Open ...