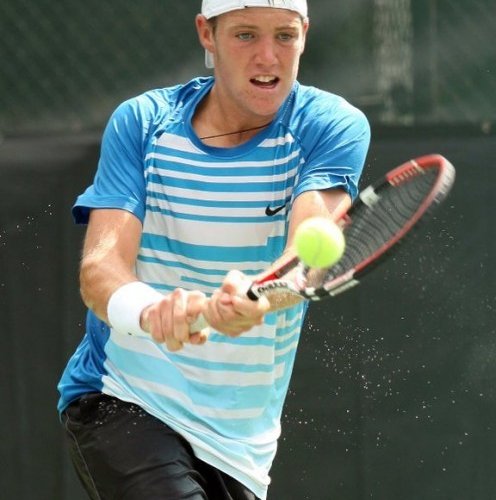 NEW YORK, N.Y.—Wimbledon doubles champions Vasek Pospisil of Vancouver and Jack Sock of the United States both overcame injury to reach the second round of the U.S. Open Thursday with a 6-4, 6-4 defeat of Jarkko Nieminen and Henri Kontinen.

Pospisil had been bothered by a shoulder injury during a singles loss to Simone Bolelli this week while Sock had to quit in his first-round singles with a calf injury and cramping.

Pospisil didn’t even know his partner was hurt until after Sock’s singles loss.

“I didn’t know he had to retire, ” he said. “I only ran into him after his match and he told me.”

As for his shoulder, Pospisil said it’s improving every day.

“The problem just came at a bad time, ” he said. “I’m serving OK but not great yet.”

The eighth seeds both played without apparent problems as they completed their efficient victory in 70 minutes. The winners broke twice from 11 chances and never faced a break point from the Finnish Davis Cup team.

Pospisil and Sock lost their previous match, the Western & Southern Open final in Cincinnati, to Bob and Mike Bryan. That ended an ATP-record run of 14 straight wins as a new team, beginning with their start together at Wimbledon in June.

The pair, which remain first and foremost dedicated to singles, are also working to reach the ATP year-end finals in London next November as a doubles team.

“We are both singles players, we’re fully focused on singles, ” Pospisil said. “But having a chance to reach London changes things.

“We’re trying to keep relaxed on court, not stressing and enjoying it. We’re not putting pressure on ourselves.”