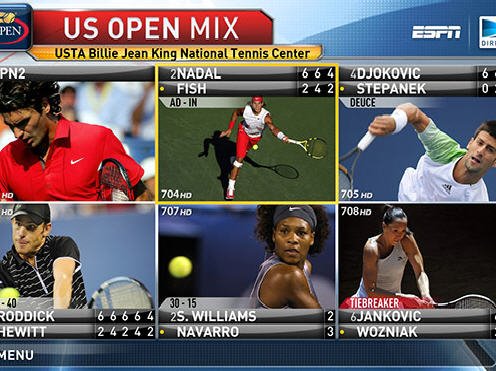 In January, enjoy all the action of the first Major of the year from the city of Melbourne.

In May/June, follow one of the most famous tennis competitions of the world, live from Paris, France.

In June/July, experience from London the excitement of the world’s oldest and most prestigious tournament.

In August/September, the last Grand Slam of the year comes to your screen, live from New York.

The series includes 40 tournaments and it's the fifth category in ATP tournaments.

This series has 11 tennis tournaments and is the fourth category in ATP tournaments.

It ‘s a series of nine tennis tournaments held annually throughout the year in Europe, North America and Asia.