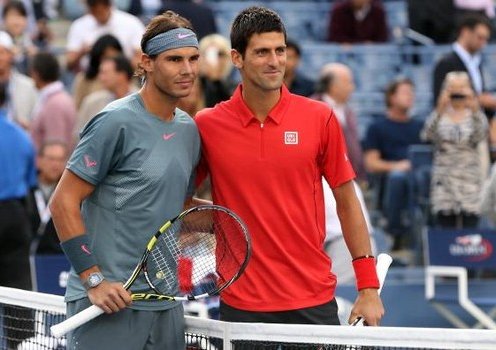 Williams has dominated throughout the tournament, having won 24 consecutive games since the quarterfinals. In the semifinals, her opponent, Na Li of China, did not get on the scoreboard until the eighth game of the match losing the first set in 29 minutes. Williams eventually wore Li down despite saving six match/break points and defeated her 6-0, 6-3.

"I got tight, which happens sometimes. I just needed to relax, and then when I did relax, she played some good points, " said Williams. "But it was a good experience going into the next round. If I even get a match point, I'll be ready to stay calm and just to stay focused and relaxed."

Williams will need that focus against Azarenka - the 2013 Australian Open winner, who has beaten Williams twice this year on hard courts.

"I definitely feel like when she plays me she plays her best, " said Williams. "If I'm able to get another opportunity I have to take them, because she is always pumped and she does really well."

Azarenka struggled in her semifinal match against Italy's Flavia Pennetta, hitting six double faults, committing 25 unforced errors, and she was broken in five of her nine service games. Azarenka overcame her sloppiness and eventually beat Pennetta 6-4, 6-2.

Azarenka believes she will be more focused against Williams, who took Williams to three sets in last year's U.S. Open final. She says prepared to do it again.

"The battles we've had, it was just really taking each other out of the most comfortable zone and fight for everything, " said Azarenka. "We know each other pretty well. I know her strengths, she knows mine."