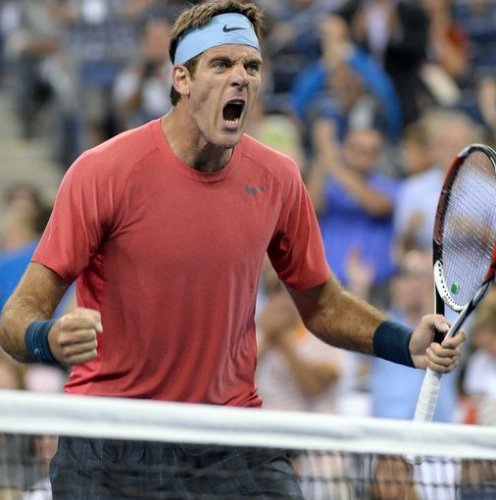 Azarenka will be playing back-to-back days, having to play her fourth-round match on Tuesday due to postponements caused by rain over the weekend. Azarenka managed to defeat the 13th-seeded and 2008 French Open Ana Ivanovic of Serbia, 4-6, 6-3, 6-4 - a match that featured a combine 16 service breaks and 17 double-faults.

"Ana came out firing and played amazing in the first set, and I felt like I was a little out of place, " said Azarenka. "I was sleeping but she was ripping winners and serving great so I really had to wake up in the second set and fight for the points. In the second set I was more determined, more focused and taking the opportunities."

Azarenka faces Daniela Hantuchova for a spot in the semifinals in the first half of the night-cap.

Nadal headlines the second night-time game, going up against Tommy Robredo of Spain. Nadal struggled early against Philipp Kohlschreiber but managed to settle down and defeated the German tennis player 6-7 (4), 6-4, 6-3, 6-1.

"For me it's just amazing to have this win on Arthur Ashe for this crowd, " said Nadal after the match. "In conditions like today, to lose the first set is very difficult."

Robredo upset Roger Federer earlier in the week to advance to the quarterfinals but faces a much tougher challenge in Nadal, who is 19-0 on hardcourts this season and 6-0 lifetime against Robredo.

In other U.S. Open action, Italian Flavia Pennetta takes on fellow countrywoman Roberta Vinci - each making their first appearance in a tennis major semifinals. David Ferrer of Spain, making his eighth consecutive Grand Slam quarterfinals, takes on France's Richard Gasquet - who is playing in his first quarterfinal match at the U.S. Open. A victory over Gasquet would give Ferrer his third U.S. Open semifinals berth.

Live Stream (Online)
Live stream coverage can be seen on ESPN3 or US Open Live.