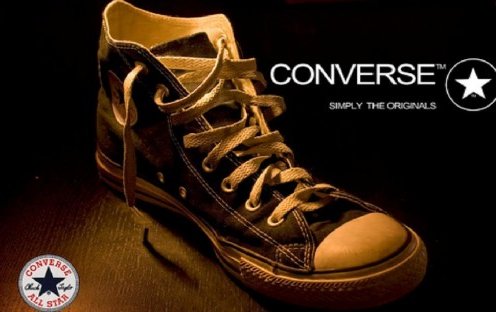 The top sneaker and running shoe brands, ranked by the people who wear them. These athletic shoe companies produce the majority of running shoes sold in the United States, though some of the brands are worldwide.

Though initially designed to aid in exercise, and compliment an athletic workout, running shoes and sneakers have become commonly worn as casual, everyday shoes. They are sometimes also called gym shoes, tennis shoes, sport shoes, jogging shoes, sneaks and, in the United Kingdom, "trainers" (short for "training shoe.") The first athletic shoes were primarily designed for playing basketball. In fact, basketball star and Converse spokesman Chuck Taylor became so synonymous with the Converse "All Star" brand of sneakers, they continue to be known today as "Chuck Taylors."

Today, though most popular just as a casual street shoe, athletic shoes have been sub-divided into a variety of categories, and each sport or physical activity really has its own dedicated shoe - hiking/climbing shoes, basketball shoes, football shoes, tennis shoes, cross-training shoes and so on. This list deals specifically with shoes designed for running and jogging.