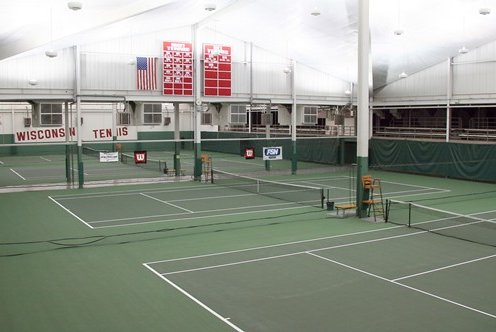 The University of Florida won the USTA Tennis on Campus Florida Sectional Championship on Sunday for the third year in a row and the eighth out of the last nine years, with the UF-“A” team defeating the UF-“B” team in the final 29-21 on Feb. 21-22, 2015 in Altamonte Springs, Fla.

It was the first time a school advanced two teams to the top-level Gold Bracket final of the Florida Sectional Championship match.

“Sending three teams to sectionals, with two teams making the finals of the Gold Bracket and the other winning third place in a very competitive Silver Bracket is a testament to the depth of our group and competitiveness of all our players, ” said UF captain Max Koller. “Everyone from our school really enjoys spending a weekend away together and playing great tennis.”

In the Silver Bracket final the Florida Gulf Coast University-“A” team defeated the USF-“A” team 25-21, and the Bronze Bracket was won by the UM-“C” team which beat Stetson 26-21.

USTA Tennis On Campus - Enriching Lives On & Off The Court