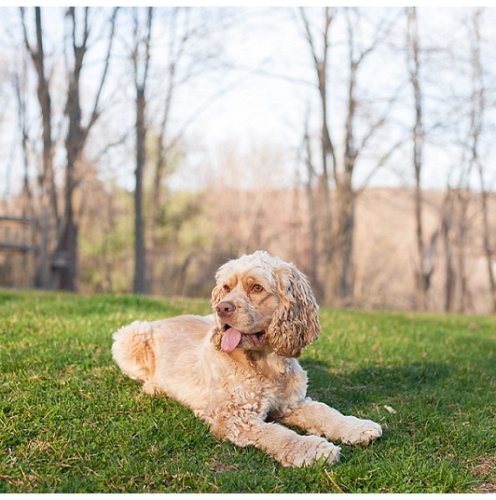 They make the world go round. They make it bounce, roll and soar. They’re objects that inspire play, enrich training, ease boredom and curb problem behaviors. Toys, according to the experts (and every dog worth his molars), are a must-have.

Despite the constant media comments about how we pamper our pets, toys are no mere luxury. Experts say that dogs need them, and need more than one kind. That doesn’t mean more bells and whistles, just different types. Toys can take the edge off a bad day, like a stress ball you squeeze when you’re mad. Softer toys a dog can “baby” satisfy gentler instincts. Frisbees, balls and tugs are ways to share the fun, while squeaky playthings cry out for attack.

The question is, which toys? With a global pet economy, the options—and problems—keep growing. On the pet aisles, shoppers are greeted with all the persuasive power of an infomercial. Bright, funky objects, packaged to the nines, demand closer inspection—but not too close. The readable text is mostly advertising, not information. “The packaging for these products is incredible and totally deceiving, ” says Pattie Boden, owner of the Animal Connection in Charlottesville, Va. Boden, who is picky about sourcing safe, natural toys to stock her shelves, says that a 25-year career in advertising has made her a skeptic.

Unfortunately for dogs and owners, manufacturing of pet toys relies on the honor system; for less scrupulous companies, it’s trial by error. In some cases, even errors (discovered through consumer complaints) are ignored. Choose carelessly and our dogs may pay the hidden cost. Among the most familiar hazards are choking and stomach obstruction. Pieces as well as particles may be ingested, and since our pups use their mouths to play, toxic materials and coatings also pose a risk. Yet the Food and Drug Administration doesn’t regulate dog toys, and the Consumer Product Safety Commission only regulates pet toys that can be proven to put consumers (people, not dogs) at risk.

This reality hits hard when a beloved animal is injured at play. One such horror story became news after a dog’s tongue was trapped in a hole in a ball, requiring long and painful medical intervention and finally, amputation of the tongue. The owner was shocked to learn that this wasn’t the first such incident—other dogs had been harmed, even killed, by the same toy. The company, Four Paws, eventually recalled several of its toys, according to its website.