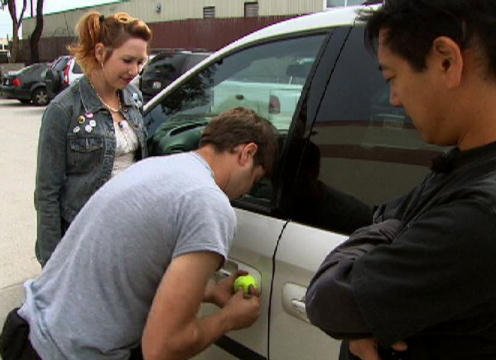 Except his were possible.

This is patently impossible.

Start with 2. Obviously, even if you got enough air in there to move the pins (which you won't), you're not going to be able to replicate the cylinder actually turning. It would be the same as putting a key in a lock, pulling it out, and expecting the lock to be open. Never happen.

1 is where a lot of commenters (saw this on another board as well) get stuck. In theory, if the air were powerful enough, it could push the lock button up, unlocking the door. This, however, is impossible. No car door, ever, has been sealed well enough to make this happen. There are stabilizer bars for the hinges that need free air to move in, drain holes on the bottom edge for most, and trim that just isn't airtight.

Unlock your car with a tennis ball!