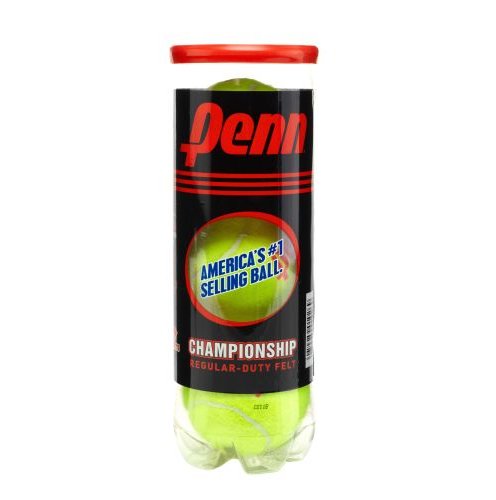 Rated 5 out of 5by woody Penn tennis balls Only balls i use. Best that I have found. Good feel off the racquet. November 26, 2014

Rated 1 out of 5by JohnnySea Not supposed to be pressureless! Bought a multipack in June and when I got to the last 2 cans I found both had been damaged in packaging - the seal was broken and balls dead. Bought another with the same result. In a pinch a few weeks ago I bought from a different chain - same result. The issue with these multipacks is the shrink wrap offers no protection and because they are wrapped you can't see if the cans are damaged or not. Better to buy 1 can at a time, remove the plastic top and inspect the seal. Complained to Penn but no response to my email. Not surprised, manufactured offshore to keep those margins up... October 17, 2014

Rated 5 out of 5by STLFAN Great as always Great product by a great Tennis company! Penn has been my choice for years! September 30, 2014

Rated 3 out of 5by TNNC Better description The one thing that was missing from the description is whether they are USTA approved. I'm sure that it is implied, but stating that would be helpful. March 31, 2014

Rated 4 out of 5by Dr. Don Might as well "No wrist band" Penn tennis balls were hard and lasted long as I use them before. I did not realize a wrist band was included until I saw this email. So I got excited to find the wrist band. Alas! It's a low qualify wrist band. I threw it in my bag. I don't know I would use it or not. When throwing a freebee, I wish it is a good quality and useful. September 10, 2012

Rated 4 out of 5by Penn1 Yes, they bounce The balls bounced as expected once the cans were opened. October 29, 2014

Rated 4 out of 5by MAG Bouncey balls These balls are yellow and they bounce like tennis balls so it is all good. May 14, 2013

Rated 5 out of 5by Rockin Rick Quality Tennis Balls Great product! Never have had any problems with any of the tennis balls I've purchased! November 13, 2012

Rated 5 out of 5by Soccerwithasideoftennis Great for casual play! All around solid balls and I was happy to get a wristband with it ! May 19, 2015