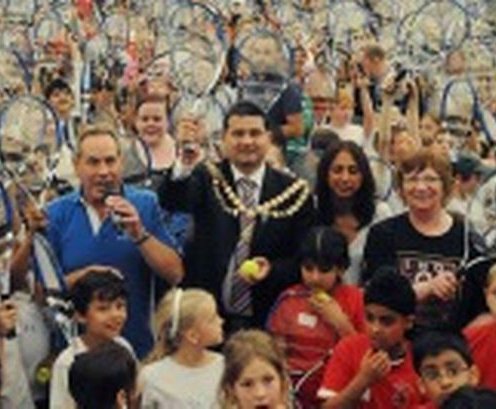 The TyneMet staff and students who took part in the record for the 'Fastest Tennis Ball Pass (Team)' were coached by Apprentices studying on the Activity and Leadership Programme.

The event was organised by Jonny Rees, Teacher in PE and Sport and Pat Blyth, Business Development Consultant, great fun was had by everyone who took part.

Warick Stephenson, head of care, sport and leisure at the college, said: "I am obviously delighted with the fantastic achievement of the students who were studying on the Level 3 extended diploma in sports coaching smashing the record in a fantastic time of 16.2 seconds.

"The team showed great determination and concentration when taking part in the competition. TyneMet is very proud to have been awarded a 'world record' title."

"The students studying on sports courses at TyneMet this year have had fantastic successes in winning other awards and titles as well as achieving high academic pass rates."

how to break into a car w/ tennisball

How to bowl a leg break delivery with a tennis ball