How to Unlock car doors with a punctured tennis ball (FAUX-TO?) October 27, 2020 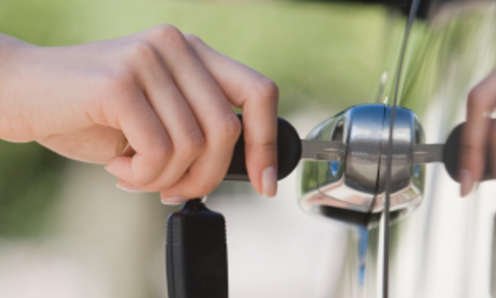 Many have tried to prove (or disprove) that tennis ball lock picking really works, but it still seems up for debate. Mythbusters have supposedly debunked this technique (watch the video). Someone over at the Auto Blog also has tested this car lock method with failed results (watch the video).

Yet, in theaters today is, where Russell Crowe spends most of his time acquiring forged passports, using bump keys inside prisons and yes… breaking into automobiles using a tennis ball. The best thing of all… he learned how to lock pick from YouTube how-to videos!

Now, since those "user-generated" YouTube videos in the "The Next Three Days" are more than likely NOT user-generated videos, we thought we show you one that IS. It's been circulating on the web for a while now, and it claims that it will only work on vehicles using electronic locking systems, which makes you wonder if technology is better or worse these days.

The key to using the tennis ball to unlock car doors is the burning hot screwdriver. Heat up a screwdriver and pierce the tennis ball with it. It will puncture the ball, while keeping it from tearing and expanding. This is the same thing Russell Crowe did in his new movie. The air pressure inside the tennis ball supposedly is enough to force the locks open.

open a car with a tennis ball

Unlock Your Car with a Tennis Ball