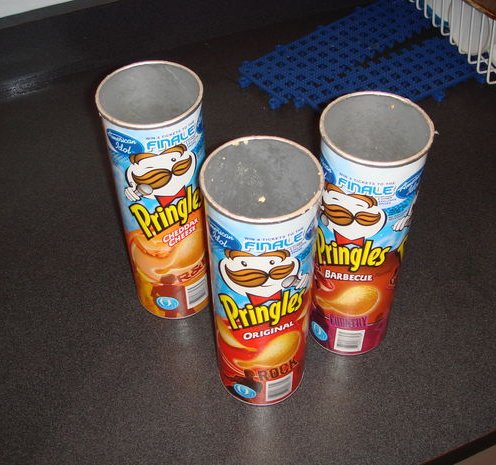 As noted last week, I went to SteelyKid’s day camp on Tuesday to talk about being a college professor. This was a little awkward, because I was scheduled to talk to kids ranging from not-quite-three to six-and-a-bit, and really, what do they care about the daily routine of physics faculty?

So, I did a simple demo. While I got a lot of really interesting suggestions in the comments to last week’s post, most of them required more props than I wanted to drag with me. And for that age, simple is often enough. So, I just did the tennis-ball-on-a-soccer-ball trick. For the benefit of readers who may not have seen it, I recorded some video of myself doing the main tricks:

(I intended to record some segments talking about the physics, and splice them in to make a self-contained video covering the whole thing, but I’m too busy to take the time to get that stuff done. Splicing these silent clips together was more time than I probably should’ve spent on this…)

The trick is incredibly simple: you take a light ball and a heavy one (I used a tennis ball and a soccer ball, because I have those in my car), put the light ball on top of the heavy one, and drop the stacked balls on the floor. While individually, the two balls will bounce back to knee height after being dropped from shoulder height, the two-ball stack will send the lighter ball flying.

This happens because the collision is moderately elastic, so most of the kinetic energy of the system stays as kinetic energy. And in an elastic collision between an extremely heavy object and a light one coming together with the same initial speed, the heavy object will barely slow down, while the light object bounces back with twice the speed it had coming in. Twice the speed means four times the height, so a ball that would normally bounce up knee high will go well over my head.

In fact, in an ordinary room with a carpeted floor, the light ball tends to hit the ceiling. Which produced wide eyes, gasps of amazement, and immediate calls to do it again from all the 3-6 year olds in my audience. So, mission accomplished, and I can save the more elaborate demos for a later year.

While the young age of the participating kids tended to produce a lot of irrelevancy– when I asked one of the group if they had any questions, they all raised their hands and proceeded to tell me about the various balls that they owned– I was also impressed that every group, even the three-year-olds, had at least one kid ask what would happen in the opposite order, with the soccer ball on top. That’s in the video, too, and while they were disappointed that it didn’t go rocketing up and break something in the ceiling, they learned about the process of science. Or something.

I also have a clip in there using two soccer balls, a full-sized one that I have from when I used to play pick-up soccer in the summers (pre-kids), and a kid-sized one that The Pip uses at SoccerTots. These are much closer in mass, and you can see that the launch isn’t nearly as high as for the tennis ball. And there’s a slow-motion clip, because I have a camera that can do that.

Blowing up a tennis ball.

@darren_cahill @adidastennis is that an acutal tennis ball? i think black tennis balls are a great idea! Fri, 22 May 2015 02:24 PM

@YoungerPunisher we can make a target it is simple *pauses* Oliver throws up tennis balls and nails them with the arrow you can do the same Sat, 23 May 2015 12:39 AM