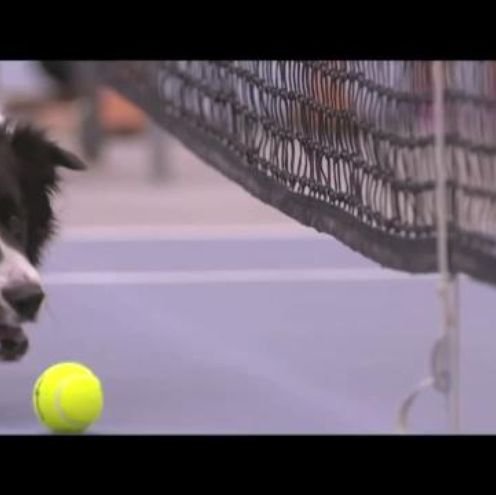 NEW ZEALAND (WITI) — Fetching balls is something that comes naturally to dogs — so why not use them as ball boys in a tennis match?

Tennis star, Venus Williams, took on Svetlana Kuznetsova in a friendly tennis match in Auckland, New Zealand — and the ball fetchers were equipped with 4 legs and furry faces!

A Bull Mastiff named Oscar, a Border Collie named Ted and a Jack Russell/Norfolk Terrier/Miniature Schnauzer mix named Super Teddy, were the stars of the match — decked out with sweat bands on their legs.