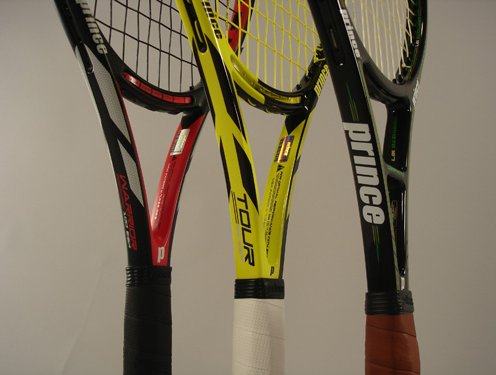 Awesome reviews (as always) on the new line of Prince 'Classic' Racquets...appreciate you having so many reviews ready at one time.

As a former POG Mid user who always hoped for something between the POG Mid and the POG Oversize, this new Prince Classic Graphite 100 obviously caught my eye...after seeing (and reading) your review my interest is peaked even more.

* In what areas does it make you think of the POG Mid: control, power, spin, maneuverability, touch, balance, groundstrokes, flex, serves (kick/power/control), etc.

Do you truly sense that POG Mid heritage there?

I used the POG Mid for the longest time (years upon years) and always kept coming back to it when my game needed a lift. Unfortunately due to some knee surgery last November I'm limited to doubles for the rest of my tennis days.

The POG mid really doesn't lend itself very well to doubles (at least at my skill level) so I recently went with some Prince TT Warriors.