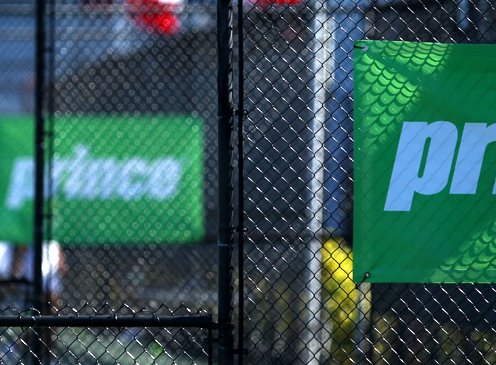 Prince may have been through some torrid times of late but the manufacturer is back with a vengeance.

In New York during this year’s US Open, Prince unveiled the new range of rackets, powered with their new Extreme String Pattern technology (ESP), which it says will deliver 30% more spin for players from the Premier, Warrior and Tour ranges.

Bob Bryan, who alongside brother Mike is doubles world No.1, has been playing with Prince rackets for four years.

“The game has been revolutionized over the past 10 years – the power has become crazy, ” he said. “You watch matches on TV and it’s almost like a video game now.

“You’re looking for a way to get the extra edge – for that jump off the strings, ” he added, claiming the new Prince rackets achieve just that.

In addition to the product development, Prince has introduced a new Power level system, so that rackets are classified according to their power.

“The new system will help people find the right racket for them, ” said Tyler Herring, Prince’s Vice President of product marketing. When a racket buyer walks in store they can easily see how each of the ranges delivers on power.

But despite the recent advances in technology, Prince has not forgotten its roots.

The brand has not abandoned the classic rackets and with the current trend for retro, it was the Classic Collection of rackets that attracted the eye in New York. The Classic Graphite 107 and 100, Classic Graphite 100 Longbody and Classic response 97 are all set for a return to the scene in 2014.

And while the rackets have been reorganised, Herring revealed that the next six months will see “a complete refresh of the entire product offering from rackets to strings to bags to shoes”. “It’s going to be a pretty unbelievable ride for us in 2014, ” he said.

What does this global product refresh mean for the UK?

“Orders for the new tennis collection are ahead of expectations, ” Ballardie told TIA UK News. “The new range has been received positively, not only in the UK but also across the world. We started making our first deliveries of the new collection at the end of last month and the feedback from our customers has been overwhelmingly strong”.

The British tennis market is viewed in the context of the larger global sports market and Prince has a keen interest in squash.

“Our strength and dominance in squash is an important factor, as the UK is the lead European market for squash, ” says Ballardie. “With regards to the tennis business, there is a core of specialist dealers that service the premium sector of the market and our aim is to secure distribution across all specialist retailers”.

Since June 2012, UK distribution has been operated directly rather than through a third-party distributor and this has been important for the manufacturer.

“Since the move we have made excellent progress and now that we have an entirely new tennis collection for 2014 I am confident we will significantly increase our tennis share, ” explains Ballardie.

CAUGHT ON TAPE: Officer Shot In The Head During Shootout ...