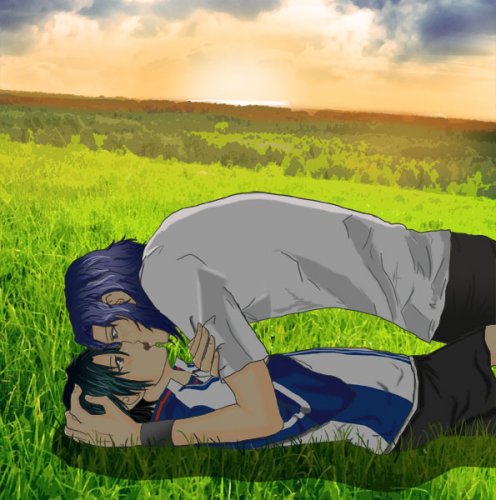 Disclaimer: You guessed it. I don't own Prince of Tennis.

A/N: Please Read: Most people are skeptical of OC fics, especially OC girl team fics. This is one of the reasons I took the challenge of writing one. In many cases, OCs become Mary Sues, or worse, carbon copies of the original characters. In many other cases, the characters are OOC and the romance is unbelievable, or that it takes up the whole story and forgets the main essence of Prince of Tennis-tennis.

If first impressions cause you to believe my story is one of those many cases, I still encourage you to read to chapter 8. If after that, you still think this story is not quite your cup of tea, then you may stop reading knowing that you have given it a fair chance.

This chapter is really short and mainly serves as a catalyst.

To Catch A Falling Star-Chapter One: An All-Girl Team?

"You want me to coach the girl's team?" Ryuzaki Sumire repeated in disbelief.

"Yes. That's what I just said." The head of the school administration sat at his desk, hands folded.

"Sir, " she tried to say respectfully. "I have my hands full with the boys' team. I don't have time to coach another team."

Respect went out the window. "If you can make a thirty-hour day, then I could make the time."

"Ryuzaki-sensei. This is not a request." He leaned back. "If you can lead the girl's team to the Kanto regionals, Seishun Gakuen could draw in more donor support. That means more funding for everyone."

'Right, and how many school clubs did you have to cut to make this team happen?' The Seigaku sports budget was strained as it is. "This is quite a gamble, sir."

Keyword: Sometimes. Sumire sighed, and quickly tried to run through the female tennis club members in her mind. Half of them were a bunch of simpering, giggling idiots, and Sumire Ryuzaki was not naive enough to think her granddaughter Sakuno was completely exempt from this category. "They can't win as they are now. We'll have to call for new tryouts."

"That's fine by me. You do whatever it takes."

Momoshiro's racket clattered onto the court. But his wouldn't have been only one if the others hadn't been holding theirs so tightly.

He was unaware that he'd dropped the racket. The shock was too much.

Of course, the others had their own ways of showing their surprise. Inui pushed his glasses up his nose. The Golden Pair were chatting to each other, but their voices suddenly faded as they looked around in confusion. Kawamura mouthed his questions; no sound came from his lips. Even Fuji opened his eyes.

"What…what is going on?" Kaidoh said.

Ryoma twisted his cap around his head. "The way I see it, our team is getting cut."

The prince of tennis Smash Hit! 2