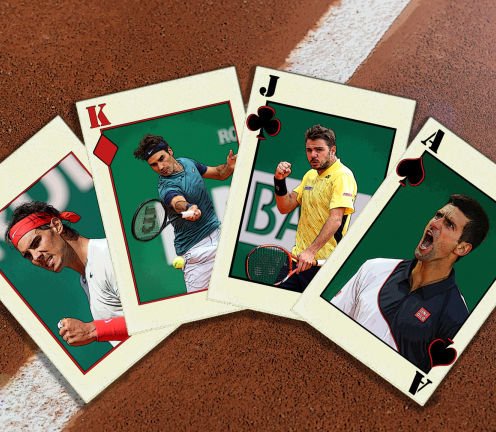 Novak Djokovic once again found himself under an early siege, but the World No. 1 held his nerve to claim a second Monte-Carlo Rolex Masters crown Sunday, overcoming Tomas Berdych 7-5, 4-6, 6-3.

Djokovic extended his winning streak to 17 matches in 2015, becoming the first player to sweep the opening three ATP World Tour Masters 1000 events of a season. The 27 year old entered Monte-Carlo on the back of completing the Indian Wells-Miami double for a third time and leaves the Principality with 23 Masters 1000 trophies, drawing level with Roger Federer for second on the titles list.

A dominant force in the Masters 1000 tournaments, he has now won 11 straight finals and has taken home the silverware at each of the previous six biggest tournaments on the calendar, including the 2014 Barclays ATP World Tour Finals and 2015 Australian Open.

"It was a battle, " Djokovic said. "I was up a set and 3-2, then a (rain) interruption, we came back, I had a break point but he played some amazing shots. If I made the break there, maybe the match could be done in two sets.

"He had his chances as well. The third set started very well at 4-0. I just lost that service game for no reason. After that, every single game went the distance: deuce, advantage. It was a real fight. I was trying to mentally stay tough and fight my way through."

Djokovic defeated Berdych in three sets, and the final was not without its share of drama. The Czech stormed out to an quick lead in the opener, winning eight of the first 10 points and breaking the top seed in the opening game. Berdych's serve came under pressure in the sixth game, and after denying a break point with a kicking second serve service winner to Djokovic's backhand, he would surrender the break on the Serb's second opportunity when a forehand was fired wide.

Djokovic looked poised to run away with the set after securing a second consecutive break for 5-3, but he would fail to serve it out in the next game, netting a mid-rally forehand as Berdych levelled proceedings. The Belgrade native would not be deterred, however, sending a consistent barrage of heavy cross-court backhands at Berdych with the set on the line at 6-5, eventually converting his third chance after 53 minutes.

The second set was interrupted by a near-one hour rain delay and Berdych pounced immediately after the skies cleared, breaking for 4-3 and forcing a decider behind a punishing display of forehands that rattled the World No. 1. But the same forehand that guided him to a third set would let the sixth seed down with the match hanging in the balance. Berdych would begin to leak unforced errors from that wing, as Djokovic stormed to a 4-0 double break lead in the decider and closed out the title after two hours and 43 minutes.