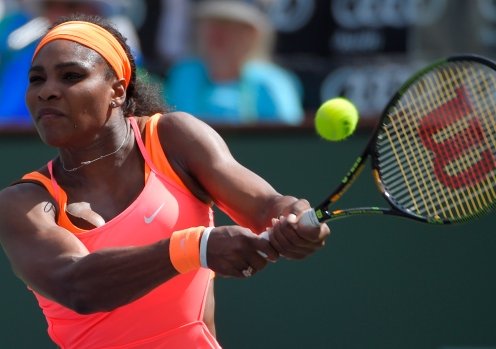 With countless hours of Indian Wells and Miami broadcast on ESPN/ESPN2, for many years tennis fans have long had their very own version of March Madness. That will change next month when for the first time Fox Sports Net will takeover the U.S. broadcast rights for both Indian Wells and Miami Masters Series tournaments after ESPN and the two events could not reach a financial agreement.

In an interview Thursday with Tennis-X.com’s Richard Vach, ESPN’s Senior Vice President of Programming and Acquisitions Len Deluca spoke about the change.

“The two Masters Series tournaments at Indian Wells and Miami are unquestionably the next best tournaments beyond the Grand Slams, ” Deluca said. “But we have made a decision based on the time of the year, and the other 400 hours of tennis that we have. We love those tournaments, but for 2008 we weren’t in a position to offer them the number of hours or a deal that they could accept financially.”

Deluca added that ESPN’s plate is already very full in March with the network already committed to men’s and women’s college basketball and the NBA.

In addition to the US Open Series in the summer, ESPN will continue to broadcast the Amelia Island and Charleston WTA tournaments this spring. The Tennis Masters Cup, which had also been part of the ESPN family for many years, will also move to Fox Sports Net.

Under a reported one-year deal, Fox Sports Net will televise 30 live hours from Indian Wells including the both men’s and women’s finals, plus Miami. CBS will still televise both Miami finals.

Deluca also shed light on the Davis Cup’s recent absence on the network.

“The issue with the Davis Cup for us is its schedule, its variance of schedule and giving it the hours it deserves, ” he said. “It’s unquestionably a great international event, but we always had issues with the varied schedule Davis Cup has. And we made the decision that we could cover it on news and information, we have ESPNews, we have all of that, but that we are going to focus our energy on the Grand Slams and the US Open Series.”

According to Deluca, ESPN will continue to focus on Grand Slam coverage.

“Five years ago, ESPN decided to make a full strategy toward emphasizing Grand Slam coverage, ” Deluca said. “We just finished our 24th Australian Open, we added Roland Garros and some things NBC doesn’t do in concert with Tennis Channel. We now basically do around the clock coverage of Roland Garros, and we’ve cut [Tennis Channel]
into the Australian Open. We also finished five years of covering Wimbledon and everything NBC doesn’t do for American viewers. That coupled with the US Open Series, we have what amounts to about 400 hours of tennis right there.”

Look for Richard Vach’s full interview with Deluca in the coming weeks.