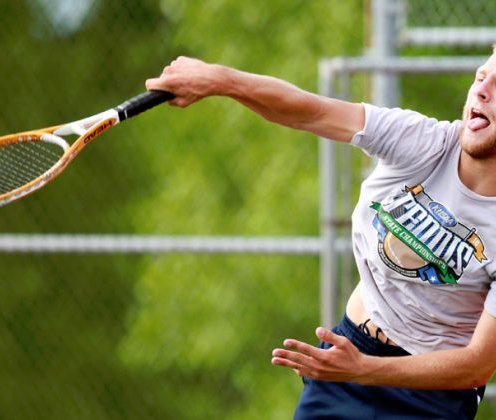 Brad Foreman was the only Tiger to win any matches.

Foreman opened with a win, then lost in the quarter-finals. He won his first consolation match but lost in the consolation semi-finals to get eliminated from the tournament.

Coach House indicated the team will hold its tennis awards mixer at the city courts at Richard Aguirre Park on May 19. Pizza and side dishes will be served beginning at 5 p.m. with the tennis awards handed out around 5:45 p.m. At 6:30 p.m., the team will open it up for some fun on the courts for anyone who wants to play.