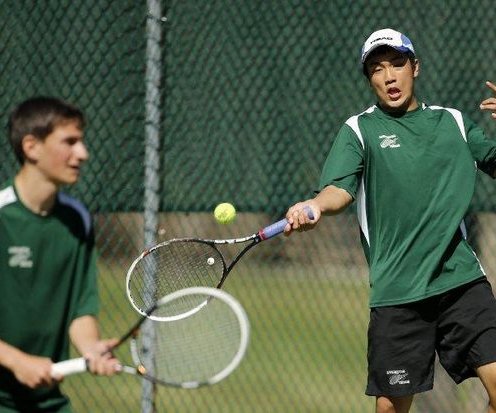 The Ridge High School tennis team played host to the Watchung Hills team Monday afternoon at Pleasant Valley Park in Basking Ridge. The Devils made short work of the Warriors, winning the match 5-0.

The Ridge team did not lose a set in their victory. Only the second doubles match had a close call with a 7-5 set win.

DEVIL OF THE MATCH