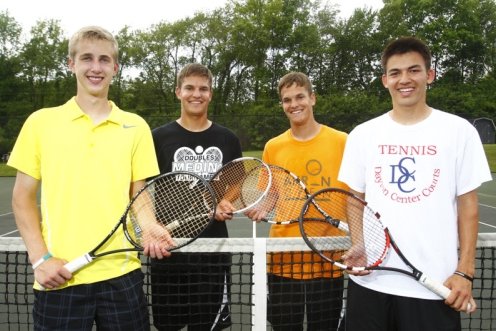 Others honored included Bob Golic, a football player and wrestler at St. Joseph. He would play at Notre Dame and for the Cleveland Browns. Former Notre Dame coach Lou Holtz was also among the honorees. He grew up in East Liverpool and played football at Kent State.

With eight seniors, Villa Angela-St. Joseph had a senior class that few players have. Led by a starting lineup made up entirely of seniors, the Vikings' senior class scored all of their points on Saturday.

Seniors Dererk Pardon, Carlton Bragg, Brian Parker and and Simon Texidor all had at least 12 points in the win.

On Saturday, Garfield Heights junior Willie Jackson received an offer from Iowa State. Jackson's Bulldogs lost in Friday's Division I state semifinal, but the junior had 20 points and nine rebounds in the loss.

St. Edward fails to pull of rare Division I accomplishment

It's not easy to go to the state title game two years in a row, and St. Edward's loss on Friday to Huber Heights Wayne proved that. No team has made two Division I title games in a row since Canton McKinley in 2005 and 2006.