Prep Tennis: Teatsorth a win away from state June 7, 2016 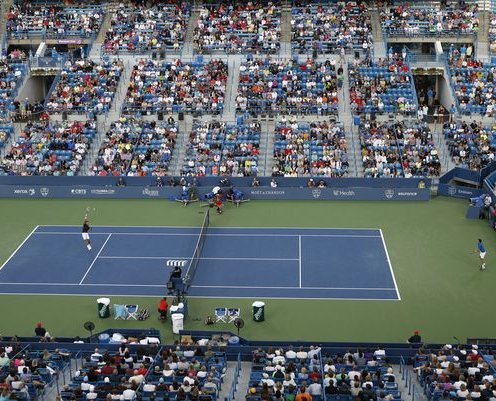 BOWLING GREEN — Findlay High School’s Reid Teatsorth is a win away from a return trip to the OHSAA state tournament after winning his first two matches Wednesday on the opening day of the Division I district boys tennis tournament at Bowling Green State University.
The top two singles players and doubles teams in Division I qualify for next week’s OHSAA state tournament at Ohio State.
Teatsorth had little trouble on the opening day whipping Perrysburg’s Nick Buhk 6-0, 6-1 in his opener and stopping Toledo St. John’s Alan Fahoury 6-1, 6-0 in the quarterfinals.
He’ll play Toledo St. John’s freshman Dev Laungani in Saturday morning’s semifinals for a trip to state. Teatsorth lost to Laungani’s older brother Rejeev in the No. 1 singles final of the Three Rivers Athletic Conference tournament. Rejeev Laungani has since teamed up with Kevin Brown to play doubles in the OHSAA tournament.
In other matches on Wednesday, Jacob Elbin dropped his singles opener falling to Perrysburg’s Ben Weider 6-2, 6-0, and both of Findlay’s doubles teams were eliminated.
Hyun Chul Lee and Logan Sullivan stopped Norwalk’s Travis Morgan and John Woods 6-3, 7-6, (7-3) to open the tournament but dropped a 6-2, 6-1 decision to Perrysburg’s Mitchell Skotynsky and Konner Masell in the quarterfinals.
The Trojans’ Fumi Kondo and Ian Laird dropped a 6-1, 6-3 decision to Ashland’s Tim Sprunger and Andy Elderbrock in the opening round.