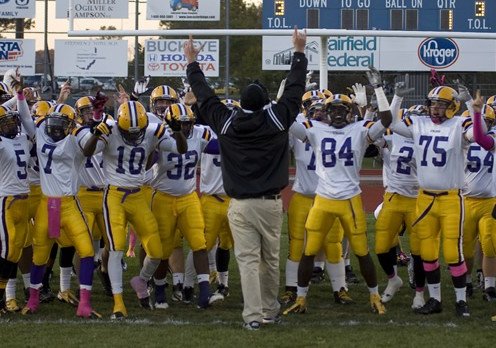 The Grove City coach did not supply a lineup. I can give you the Lancaster players and the score.

There is a boys club tennis team forming for all boys who are in the seventh or eighth grade. To participate, you need to live in the Lancaster City Schools district, but you do not have to attend Lancaster City Schools. St. Marys and Fairfield Christian students are also welcome. Practice is in March with a full schedule of matches beginning in April. No prior tennis experience is necessary-youll learn as you practice and play. Contact Coach Courtney Hodson at c_hodson@lancaster.k12.oh.us or Coach Gary Elick at 654-4272 if you are interested in being on the team.

LHS Coach Rod Ishida Inducted into
Coaching Hall of FameRod Ishida coached boys tennis at Lancaster High School from 1972-1998. After a period of retirement, he again took the helm from 2003-2008. His overall coaching record was 355-178. He recorded 10 league championships in 3 different leagues. In addition, his teams won the Worthington Cup and Hilliard Cup in 1984, the Dublin Invitational in 1991, the Hilliard Doubles Classic in 1995, and the Bob Raice Invitational in 2007 and 2008.

Rod has been a leader in the tennis community in Lancaster. He has assisted with tennis clinics during the winter at the Rec Plex facility at the Robert Fox Family YMCA in Lancaster. He directs the local parks program and has given countless hours to growing the sport of tennis among the youth and the adults in the community. In addition, he has served as a junior high developmental golf coach.

Rod is a retired math teacher. He is married to his wife Sue and they have 2 sons, Evan and Eric. Both boys were 4 year letter winners in tennis. Eric ranks 5th in all time wins at Lancaster with 65. Following in his fathers footsteps, Eric has coached a national championship womens team at Washington and Lee is currently the mens coach at Oberlin College.