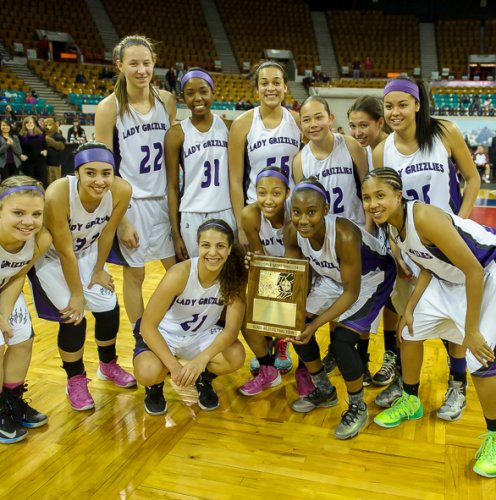 Salpointe sophomore Yash Parikh defeated Michael Lee 6-0, 6-0 at the 44th Annual High School Invitational held at the Reffkin Tennis Center. The championship matches were delayed due to rain so both matches were held on Sunday.

Even though he is only a sophomore, Parikh is used to be being a the leader on the courts, especially at a loaded program like Salpointe where he was the number one as a freshman.

Parikh took third place at the Division I state singles tournament last year but he will be competing in D-II this spring with Salpointe being reclassified. Lee was the D-II singles champion last year when he was only a freshman.

Lee will be paired up with his older brother Jackson Lee this spring at Catalina Foothills. Jackson won a doubles championship as a freshman at Sabino (2011) and had to sit out last year when he transferred schools.

Their father, Mike Lee also won a state singles championship at Sabino and played tennis at the University of Arizona.

With Kelsey’s cousin Sara Brown off to play at Boise State after capturing the D-II state singles championship for Ironwood Ridge last year, Kelsey is most likely moving into the top spot after finishing in second place in the doubles competition.

Kelsey and Marissa Baca (Northern Colorado) were defeated by Bhat and her older sister Rachana at state. With Rachana now at New Mexico, odds are Kirtana will be playing in the center court for Catalina Foothills.

Salpointe will not have the services of Caroline Amos this spring. After coming in second at the D-I singles state championship last year, Amos has reportedly moved over to a training center and will not play high school tennis.

Her departure will hurt Salpointe but it will makes things a bit easier at state for other girls.