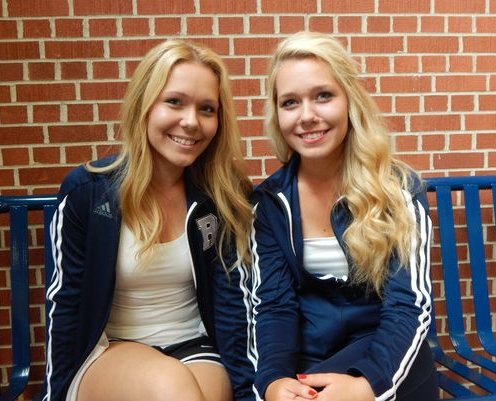 Lincoln has three levels of classrooms, with the Commons and music classrooms located on the lowest level. The "old gymnasium" occupies the second and third levels in the main concourse (with the entrance on the second level). The Roundhouse is the primary gymnasium in use at Lincoln. The upper level an arena with a capacity of 2, 500 people. On the lower level of the Roundhouse are the weight-training area, boys' locker rooms, and swimming pool. All Freshman classes are held at R.A.I.L.S academy (formally known as Kurtz Junior High building.)

On the opposite side of Bell Avenue are two student parking lots, tennis courts, a general practice field, and Hutchens Stadium (home to football and track events).

Drama The Drama Department has won awards especially in the area of IHSSA. The Drama Department presents two full-length performances each year. The new drama director is Karen Sissel and preceding her was Sarah Zdenek. For many years, the Lincoln drama department was lead with grace by Robin Vanderhoef, a woman who inspired many during her years at Lincoln High School.

An annual event is the Gladrigal or Gladrigal Dinner, held since 2005 to showcase the vocal music departments together with the school's arts and drama students. The term "Gladrigal" combines the traditional notions of a Madrigal Feast and the lyric "Put your glad rags on . . ." from . The event consists of a simple meal, such as an Italian spaghetti and meatballs dinner, with salad and breadsticks, with the food donated by community businesses and the labor donated by the parents of students, punctuated by musical selections from the show choir, chamber choir, concert choirs, and the like, often backed up by the school's jazz band or show choir ensemble. Musical skits are sometimes also performed. The music performed is usually mixed choral music, with a heavy emphasis on music from the 1950s forward.