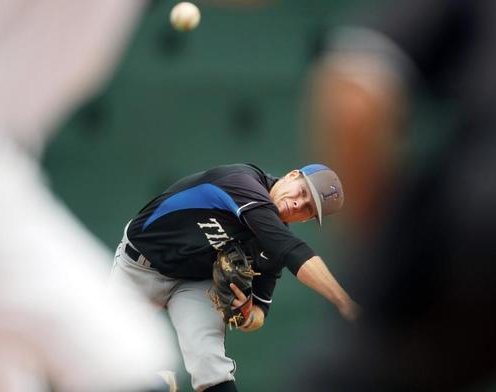 The school began classes in the year of 1904 at the corners of Pine Street and Meridian Road, in a one-room schoolhouse. Meridian High was the first high school in the Meridian area. During most of the twentieth century, Meridian and surrounding areas were separated from Boise to the east by a significant amount of agricultural land, which later became developed.

In 1975, a larger, more modern campus (initially containing four buildings) was built at the present location, at the intersection of Pine Ave. and Linder Rd. With enrollment already exceeding capacity when the new campus opened, an addition to the classroom building was completed the following year. Growth continued into the mid-1980s, forcing the school to adopt a split-shift schedule to accommodate the 2, 400 students attending a facility built for 1, 800.

Until 1987, it was the only high school in the Meridian School District, and had the largest enrollment in the state. With rapid growth in the Meridian and west Boise area, four additional high schools opened in the next two decades to relieve congestion:

The school enrollment currently stands at 1755.

The school sits on a sprawling campus, with six permanent buildings, connected by an outdoor courtyard. The school has changed buildings three times since forming, all at different locations near the center of Meridian.