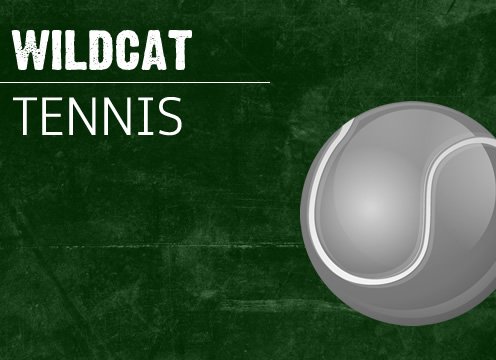 Two Findlay High School singles players and both doubles teams advanced out of the Division I sectional tennis tournament on Saturday at the Findlay YMCA.
Returning state qualifier Reid Teatsorth earned the singles crown for the Trojans with a 6-1, 6-0 win over Robert Joerg of Fremont Ross in the finals after topping Joerg’s teammate Nate Rellinger 6-0, 6-0 in the semifinals.
Findlay’s Jake Elbin finished third, defeating Rellinger 7-5, 4-6, 6-4 in the consolation finals. Elbin fell to Joerg in the semifinals 7-5, 7-6(2).
Hyunchul Lee and Logan Sullivan finished third after defeating their Findlay teammates Fumi Kondo and Ian Laird 7-6 (4), 2-6, 6-4 in the doubles consolation finals.
In the semifinals, Kondo and Laird fell 5-7, 6-2, 6-4 to eventual champions Ryan Motsinger and Austin Ezzone of Bowling Green. Lee and Sullivan lost 6-1, 6-1 in the semis to the top-seeded team of Drew Wayman and Emerson Hager of Wapakoneta.
The Ottawa-Glandorf doubles team of John Schroeder and Jordan Verhoff qualified for districts with a third-place finish at the Division II sectional tournament at Lima’s Westwood Tennis Center.
The Titans duo defeated Celina’s Joel Weitz and Garrett Weininger 7-6 (10-8), 6-3 in the consolation finals.
Schroeder and Verhoff fell 6-2, 6-0 in the championship semifinals to eventual sectional winners Timmy Rutter and Michael Rutter of Lima Shawnee.
The Division I district tournament will begin Wednesday at Bowling Green State University’s Keefe Courts while Division II will begin Thursday.