Why My Kid is Playing High School Tennis February 25, 2015 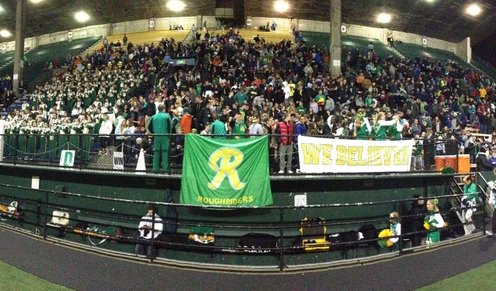 Three years ago at this time, my son was in the midst of his high school tennis season. It was his freshman year, and he had made the Varsity squad. He was so excited to have the opportunity to train with his teammates, one of whom had already committed to play college tennis the following year, and compete against the Big Boys from schools all around the state. While there were a few snags along the way, it was a great season for him and for his team. They won the Regional competition and made it to the State Tournament, losing a tough match in the semi-finals.

Despite having such a positive experience, my son decided to forego high school tennis his sophomore and junior years. He felt like the practices and matches detracted too much from his other tennis training, and he wanted to focus exclusively on developing his game to be ready for “recruiting season.” I was a bit disappointed that he didn’t play for his school, but I totally understood the reasons behind that decision and supported him 100%.

When he started his senior year this past August, my son was still a bit iffy about playing for his school. The decision would come down to whether or not he had committed to a college program by the time tryouts rolled around. Thankfully, he DID commit back in November and is now part of his school team for his final year. And the team is really good this year, filled with several high-level tournament players who have decided the State Championship is theirs for the taking. They haven’t played any matches yet, though, because of the crazy weather we’ve had so far this year (the first two matches were canceled due to snow! In Atlanta!), but the team practices are going well, and the boys are pumped up for the season.

Interestingly, high school tennis still gets a bad rap in the Junior Tennis World. I’m part of a Facebook group for High School Tennis Coaches, and one Volunteer Assistant Coach/Parent (click here for a link to his blog) recently posted that he was asked why his daughter was “wasting her time” with high school tennis. His response really hit home for me, so I’m sharing it with all of you in hopes that it will help us all remember the value of playing for something bigger than ourselves . . .

I guess first, my daughter was asked to play on the team. So she felt honored.

She knew (or, thought) she could contribute to an otherwise-mediocre performing team (their past years did not produce good records), and would be proud if she did.

@Mauro Puebla: Seeing all these tennis players makes me wish I was still in high school with one more chance. Fri, 22 May 2015 07:12 PM