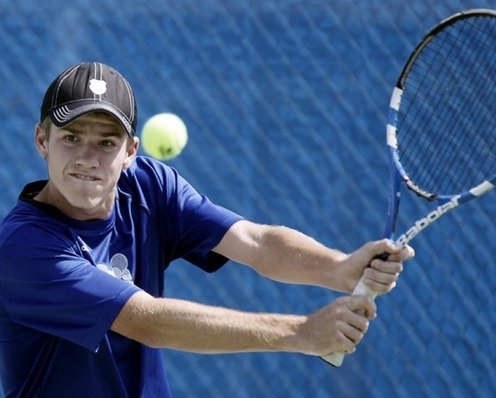 Note: Ashleigh Antal is a graduate of Laney High School in Wilmington. It seems like yesterday we attended her national letter of intent ceremony in Buctown. On Tuesday Antal, a senior, helped lead Vanderbilt to the Division 1 NCAA Women’s Tennis Championship with a win over UCLA.

WACO, TX (VANDERBILT RELEASE) — For the second time in less than a year and only the third time in school history, Vanderbilt has won a national championship. This time it was the women’s tennis team raising the hardware after defeating UCLA, 4-2, Tuesday in the NCAA Championship.

The Commodores capped their historic run by winning their first national championship, joining Vanderbilt’s baseball and women’s bowling programs as the select three to have won such crowns. The bowling team won the national title in 2007, while baseball won it all last June.

It was Vanderbilt’s third all-time trip to the Final Four and first in the title match since 2001. Geoff Macdonald, who just completed his 21st season at Vanderbilt has guided the Commodores to each of the school’s postseason appearances, and has done so all 21 years as head coach.

Vanderbilt once again claimed the doubles point against UCLA to take a 1-0 lead in the match and then got singles wins from Ashleigh Antal, Courtney Colton and Astra Sharma to reach the necessary four points. It was Sharma who clinched the winning point at the No. 2 position for the third match in a row.

Vanderbilt led 2-0, 2-1 and then 3-1 before the Bruins cut it to 3-2 on Court 3. Frances Altick lost in a second-set tiebreaker after rallying from a 5-2 deficit to even the set at 6. However, in the tiebreaker with the score tied at 5-all, Altick called a shot out that was overruled. It was the third time she was overruled in the match, costing her another point and the match in the tiebreaker.