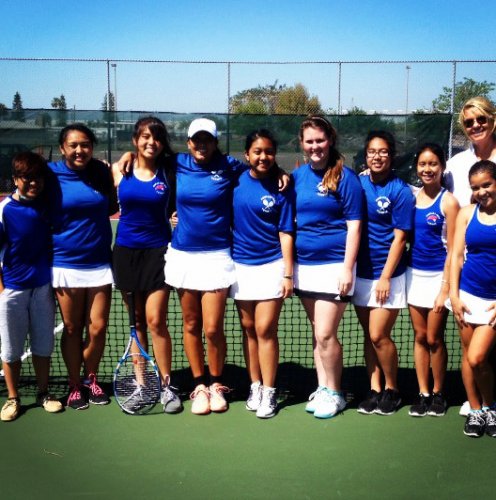 Pine Crest, 2015 DecoTurf High school Tennis Team Championships Girls A Division Finalist, claimed the Florida Class 2A tennis state championship in emphatic style, winning the No. 2, No. 3, No. 4, and No. 5 singles events, as well as the No. 2 doubles final. The girls from Fort Lauderdale collected 16 points for their efforts, 6 more than runner-up Lake Highland Prep.

For most teams, finishing first at the state championships is the hardest task. For Pine Crest, getting there for only the second time in 34 years was arguably the toughest endeavor. Back in February, Pine Crest coach Bret Krutz wasn't even sure whether its team can come through the regionals after Miami’s Gulliver Prep, the 2014 State Champions in Class 2A moved into Pine Crest’s region.

“We’re probably one of the top two or three teams in the state in [Class 2A], ” Kurtz said in an interview for Miami Herald. “If we get to regionals and face Gulliver, whoever wins that might win state.” Two months later his words would become prophetic.

Pine Crest began its preparation for the district tournament by finishing as runner-up at the prestigious 2015 DecoTurf High school Tennis Team Championships Girls A Division. The Panthers went on to defeat their arch rivals Gulliver Prep 4-1 in the regional final, booking a well-deserved place in the state championships.

Once they have reached the promised land, Pine Crest seized the opportunity and dominated the proceedings from the get-go. The girls took inspiration from the Panthers’ boys who also overcame Gulliver Prep, and were crowned champions three years ago.