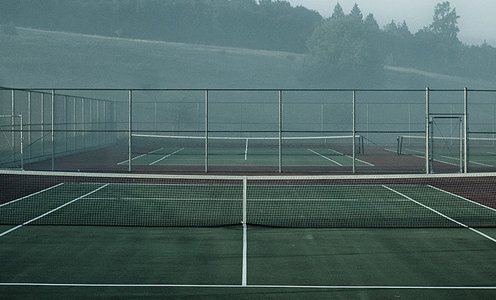 The Coronado High School tennis program has certainly achieved a great deal over the years in terms of district titles, trips to the team state tournament and plenty of individual success in the spring.

Next Tuesday and Wednesday at the Mitchell Tennis Center and Omar Smith Instructional Tennis Courts at Texas A&M University in College Station, four Coronado players will take their shots at winning a championship at the Class 6A state tennis tournament.

Nathan Brown will compete in the boys singles tournament, Cameron Bilsbarrow and Wilson Lambeth will compete in boys doubles, and Marjorie Antohi will takes part in girls singles.

Brown finished second at last year's state tournament and is making his third straight trip. He plays Dane Esses of Houston Memorial in the quarterfinals.

"I'm excited about state once again, the goal is to get that much-coveted state title, " said Brown, who was 63-1 during the 2014-15 school year. "It's been a good final year. The experience of the past two years making state in the spring has been beneficial. I've learned a great deal. I just have to stay focused."

Lambeth and Bilsbarrow have teamed up to become a successful doubles team this year. Both are veteran players and have been key components of the Coronado program.

"We developed good chemistry right from the start and we've used each other's strengths to our advantage, " said Lambeth, who has made four trips to state in fall and spring competitions. "We have lots of experience and we've been consistent all season long."

Added Bilsbarrow: "Our goal is a state championship. Wilson has been in the doubles competition at state before and we can lean on that to help us. We just have to stay focused and play our game. We'll take it one match at a time."

Lambeth and Bilsbarrow will take on Austin Moninger and Josh Van Winkle of New Braunfels in the quarterfinals.

Antohi joined the Coronado program last fall after being home-schooled. But the longtime player fit in nicely and has been a major contributor.

"It's been a good season, " she said. "I've just tried to improve on everything in recent weeks. My conditioning has gotten much better and I'm just looking to play my best tennis next week."

Antohi will play Elizabeth Tedford of Dallas Highland Park in the quarterfinals. The two played a three-set match earlier this year with Tedford coming out on top.

"I'm proud of what we have accomplished this season, " Thunderbirds coach Jerry Pippins said. "It'll be a great experience for all of them and we're hopeful of all of them doing some good things at state."