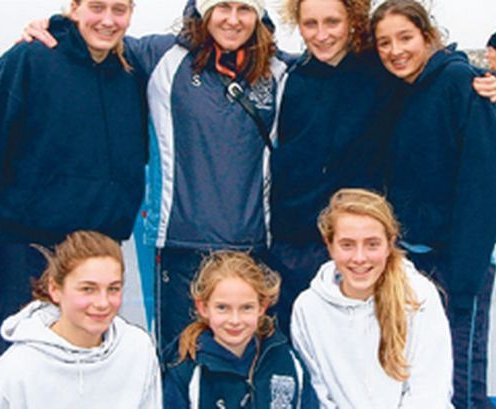 is a secondary education facility from years 7 to 12 located in Woodbridge, Western Australia, providing both vocational and tertiary entrance education. It was also used as a primary filming location for the short film Ronan's Escape.

Governor Stirling Senior High School was officially opened on 28 October 1959 by Minister for Education, Mr A.F.Watts G.M.G, M.L.A. On this day the official School name was changed from Midland Junction High School to the Governor Stirling Senior High School. This day also saw the formal adoption of the new school crest which bears the motto of old Midland High School: “Honour Before Honours”. The Shield of the badge is surmounted by a traditional state swan with wings encompassing the central motif. In 1964, Woodbridge House became an annexe for Governor Stirling Senior High School. Around thirty Students were involved in the High School Certificate courses, and the house provided a unique, non-institutional learning environment for the small close knit student community which developed independently of the main school. The students took an interest in the history of the place and were responsible for the recovery of the wind vane missing from the house, which was discovered in the mud of the river bed. During this same period Woodbridge House became the headquarters for the Midland District Youth Committee; an advisory body representing up to thirteen local youth organizations. Some of the surrounding high schools include, La Salle College, Guildford Grammar School and Swan Christian College

During a visit from then federal Education Minister Julia Gillard in 2009, the federal government pledged $63m towards the rebuild of Governor Stirling Senior High School on the current campus. The school has now been totally rebuilt and enjoys new facilities such as commercial kitchens, a new gymnasium with fully equipped training room, workshops for design and technology, tennis courts, a fully equipped theatre, TV studio, visual arts rooms, kilns, library and wi-fi.

The Maali Centre is a dedicated building for indigenous student support services.

Student Services provide a chaplain, a psychologist and engagement services for all students.

Remnants of the Stirling era remain on what is now Governor Stirling Senior High School site. Mature Olive trees growing on the high bank overlooking the Swan river are believed to have originated in the colonial period. The school stands on the site of a small cottage built by Stirling during the Swan River Colony’s infancy.

In 1930, an obelisk was erected, by the W.A. Historical Society, Which stands on the river bank adjacent to the school gymnasium and it reads:- “Captain James Stirling, R.N., First Governor, Commander-in-Chief, and Vice Admiral of Western Australia from 1829-1839 erected a ‘Cottage Orne’ here prior to 21 July 1831.”

On 8 May 2008 Julia Gillard formally granted $63M to re-build the school on the current site. Donaldson + Warn Architects were commissioned to design the new school campus, and construction began in February, 2011. In the interim years 8, 9, 10 attended the old Midland Primary School site and years 11 and 12 attended Cyril Jackson Senior Campus. The new school was completed for Term 1 in the 2013 school year.