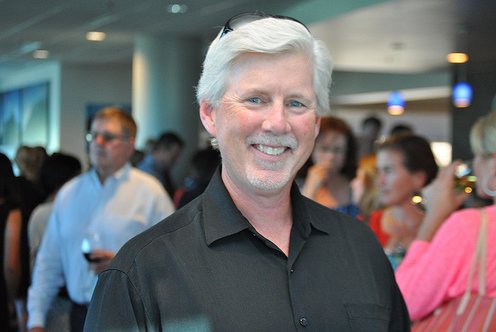 If you’re in Newport, R.I. for some golf, seaside living and yacht ogling, don’t count out a trip to the International Tennis Hall of Fame. The museum itself is more than a little disappointing. If the Baseball Hall of Fame had white posterboard-like cutout placards like this for its inductees, Pete Rose would be saying thanks, but no thanks.

About the only interesting thing in the museum is seeing what the tour director calls Chris Evert’s minus size dress. It looks like a 10-year-old girls’ tennis outfit. At the height of her run, Evert weighed 87 pounds. Yes, she could have made an anorexic Olsen twin look fat. It’s a little scary.

But get past that and Serena Williams’ catsuit on display, and the museum itself isn’t much. Probably not even worth the $15 to get in.

But behind the museum, there is an only-in-Newport experience. Here you can play the grass tennis courts set up in the old traditional format. Get over your embarrassment about having to don all tennis whites (a rather strict requirement on the grass courts) and you’ll be having a blast, collecting grass stains as you dive for shots. If you’ve only played on hard courts, it’s a revelation indeed.

For the really bold or attention starved, ask for the center court with the restaurant patio wrapped around its side. Here, your follies with the tennis racket will become a family from Idaho’s lunch theater.