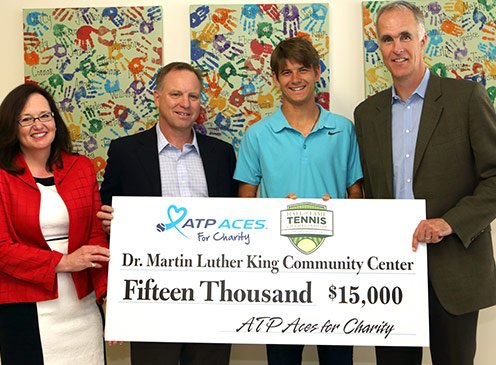 The Campbell's Hall of Fame Tennis Championship is the only professional grass-court tournament in all of North America. The original site of the US Open, the venue sports charming, rustic architecture as well as intimate seating for up-close-and-acquainted views of the players. The 2010 lineup is as praiseworthy as the venue, with the top eight seeds of the tournament ranked within the top 100 on the South African Airways ATP rankings, including No. 3 American Sam Querrey, No. 6 American Mardy Fish and No. 8 American Taylor Dent, as well as Germany?s Benjamin Becker and Columbian Alejandro Falla. Defending champion Rajeev Ram, currently the No. 7 American, is also slated to compete in the 32-draw tournament.