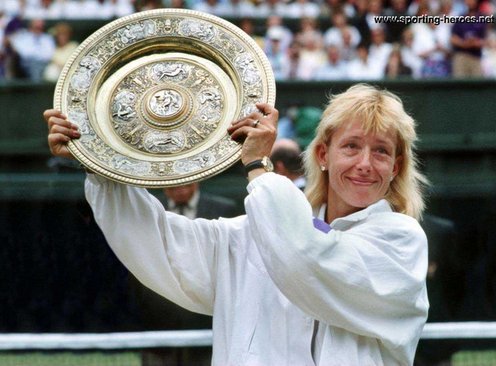 The term Grand Slam primarily refers to the achievement of winning all four major championships in a single calendar year within one of the five disciplines: men's and women's singles; men's, women's, and mixed doubles. In doubles one team may accomplish that playing together or one player may do it with different partners. The term "Grand Slam" without qualification refers to winning the four majors in a single calendar year.

Winning the four majors in consecutive tournaments but not in the same year is known as a Non-Calendar Year Grand Slam, while winning all four majors at any point during a career is known as a Career Grand Slam. Winning the Olympic gold medal as well as the four Majors in a one calendar year is known as a "Golden Grand Slam". It has only been possible to achieve this during Olympic years since 1988, when tennis became an olympic event. Steffi Graf achieved a golden grand slam in 1988, and is the only player so far to do so. The four Majors in all three disciplines where one is eligible—singles, doubles, and mixed doubles—are called a "boxed set" of Grand Slam titles. No one has won all twelve in one calendar year but it has been done in a lifetime.