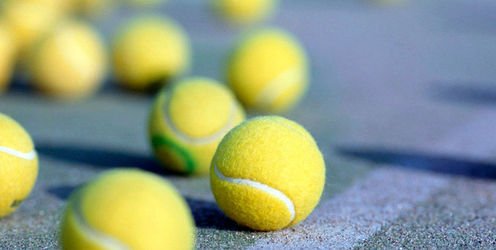 While PlayStation 3 owners will be able to enjoy EA Sports' Grand Slam Tennis 2 with the Move controller when it launches next year, Xbox 360 gamers won't be able to hook up a Kinect unit for a spot of air-slapping.

Why? Eurogamer asked producer Thomas Singleton that very question at an EA preview event in New York earlier this week.

"The successful Kinect titles are built specifically for that platform, " he replied.

"They're not built for that platform [pointing at a PlayStation 3 unit] and then made to work with the Kinect platform. The games that play well, that's where the Move controller is treated as a peripheral versus a platform. We're supporting the peripheral."

Singleton also explained why EA has decided against a Wii version, despite the fact that the original was exclusive to Nintendo's home console.

"We wanted to focus on these platforms. We wanted that photo-real look, " he explained.

"Developing on the Wii, it's a different product. When we first came out with the Wii version we were like, okay, we're going to do all platforms. Then we decided, no, the Wii makes the most sense as it actually has the gesture-based system already in place. Everyone's loving Wii Sports, but they didn't go deep enough with it - they just scratched the surface of what we think it was capable of.

"With the introduction of PlayStation Move we started to get excited again, " he added.

"Having Move support - that ability to literally put the racquet in the palm of your hands - makes total sense. And now we can do that in high def. We can deliver a project much like our FIFAs, our NHLs, our Fight Nights, that looks to that quality on our platforms."

So, what sets the sequel apart from the original? Singleton pointed to control innovation, Move integration and improved AI as the game's three big hooks.

"First and foremost, our Total Racquet Control system - arguably the first innovation in the tennis category in a long time - having the ability to play the entire experience full analogue versus buttons.

"We've got best-in-class Move integration - we want you to feel that sensation of controlling all the action.