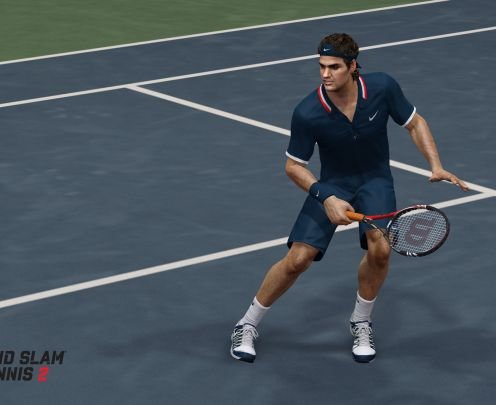 Thankfully for many of you, it’s been a while since we’ve had a “Fedal Wars” thread. But this recent quote from Roger Federer opened the door. Sorry guys!

Federer, who was in New York for tonight’s exo match against Grigor Dimitrov, admitted yesterday that with a few more French Open titles Rafael Nadal could very well catch his Grand Slam haul of 17.

At 33, Federer maybe has 1-2 more Slams left in him, most likely at Wimbledon.

If Nadal can stay healthy – a big if! – and motivated, he could easily win 2-3 more French Opens and who knows what else, provided he gets through Novak Djokovic. Rafa will be 29 in a few months so the clock (and his body) is ticking. But he only needs three to catch Roger.

So could he do it? On paper he sure could. But this year I think he’ll have to get two more Slams to have a chance. I just don’t think Rafa can win multiple Majors in his 30s. Not with the issues he’s had with his body.

Luckily for Rafa, I don’t see any of the young guys making a strong push on the clay, so it looks like it will stay Djokovic and Rafa for the next few years. But Djokovic is getting close.

And Roger is still playing good tennis. The guy is still ranked No. 2!

“That’s not why I’m still on tour, just to remind you guys, ” Federer quipped of the thought.

“I hope to make it more difficult for them, ” he said of Nadal and Djokovic. “But at the end of the day, records are there to be broken.”

Warning: If you don’t want to talk “Fedal”, go somewhere else. In keeping with the spirit of this debate, this is an almost-anything goes thread.