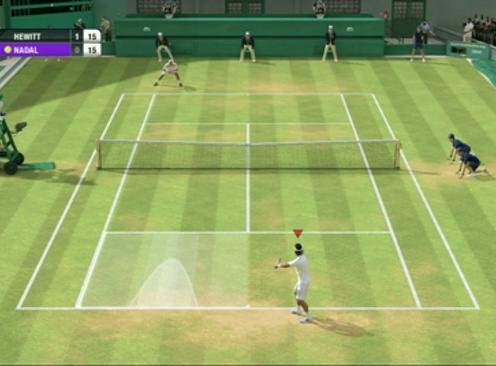 I am here to report a player in grand slam tennis 2 (GST2) who is cheating by way of multiple methods including the use of a lag switch. The guilty party's Microsoft Xbox Live Gamertag is, ELMTBigRed. I have spent far to much money and time on your products, and even more time getting to #30 in the world in GST2, to find I am constantly up against suspect gameplay, and suspect gamers. Perhaps the worst experience like this was facing another player in GST2 with the Gamertag of FUTURMUR, who was indeed found to be cheating and hence banned for life from playing ea games online. I am requesting the same investigation that was performed upon FUTURMUR be executed upon ELMTBigRed. I cordially request that gamertag ELMTBigRed be promptly reported to the official EA Administrator of Cheating and the end verdict of these investigations be shared publicly.

With the vast amount of immoral and spineless cheating that runs rampant across the multiplayer game whorefest I, for one, shall only put up with it for a short while longer, and here's why. Because I don't work hard to earn money to then pay for, "entertainment" that causes me grief. In reality, I am paying for a so called "entertainment" that results in my having to play against cheating, skill-less, spine-less, and immoral people, who chances are, are pieces of sh|+ in real life too. This cheating issue IS the responsibility of the corporation who sells/hosts the game, and if it is not EA's responsibility than I'd like a refund on all the games I've bought from you over the past 20 years. Anyone with half a tech head knows that such game glitchs, cheats and lags can be managed and ultimately controlled, but ONLY so by the company who sells the game. It's time to start being accountable and restore what were once known to be, "morals" in this world. That, or natural selection will indeed begin to target our very species until the time it see's fit the scales have once again been balanced. Hope is that by free will, we will choose correctly and timely. If this gaming whorefest is any example of where we and our youth stand currently, I'd say extinction aint such a bad idea.