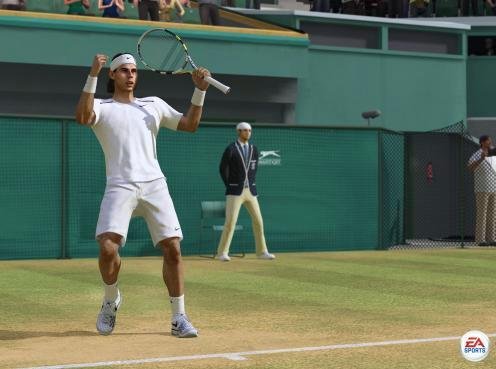 Grand Slam Tennis 2 is set to be the definitive tennis game, featuring all four Grand Slam championships. It's the only game where you can experience the legendary grass courts of Wimbledon for yourself along with the US Open, Australian Open and French Open. In addition to replaying some of the sport's most memorable moments in ESPN Grand Slam Tournament Classics, you can start your own 10-year career playing singles or doubles with a custom character. Outside of the career mode, the game features a roster of 20 tennis greats, both past and present.

Of course, the game adds more than just a shiny coat of hi-def paint. Grand Slam Tennis 2 introduces a new way to play with the optional Total Racquet Control. This system allows for precision forehands, backhands, overheads, volleys, and smashes—all accomplished with the right stick. The game will also have PlayStation Move support, which means you can get your whole body in on the action with each swing.